I just recently stumbled upon this quote from the introduction of Foucault’s book The Use of Pleasure. Although it seems odd to present a quote without context or discussion, I am convinced that it can be shared as is.

As for what motivated me, it is quite simple; I would hope that in the eyes of some people it might be sufficient in itself. It was curiosity – the only kind of curiosity, in any case, that is worth acting upon with a degree of obstinacy: not the curiosity that seeks to assimilate what it is proper for one to know, but that which enables one to get free of oneself. After all, what would be the value of the passion for knowledge if it resulted only in a certain amount of knowledgeableness and not, in one way or another and to the extent possible, in the knower’s straying afield of himself? There are times in life when the question of knowing if one can think differently that one thinks, and perceive differently than one sees, is absolutely necessary if one is to go on looking and reflecting at all. People will say, perhaps, that these games with oneself would better be left backstage; or, at best, that they might properly form part of those preliminary exercises that are forgotten once they have served their purpose. But, then, what is philosophy today – philosophical activity, I mean – if it is not the critical work that thought brings to bear on itself? In what does it consist, if not in the endeavour to know how and to what extent it might be possible to think differently, instead of legitimating what is already known? (Foucault, 1984, pp. 8-9)

The most interesting aspect of this quote is that it resembles the way Michel Foucault developed his thinking over time – always questioning what he had thought before. And if he came to the conclusion that there is a better way to think about the phenomena he described, he also changed his theory. To me, this is what makes his books and ideas so hard to grasp, but also so interesting and enjoyable. 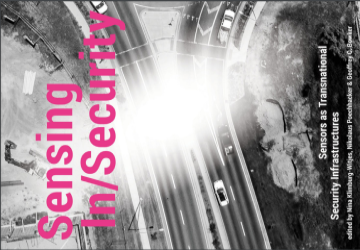